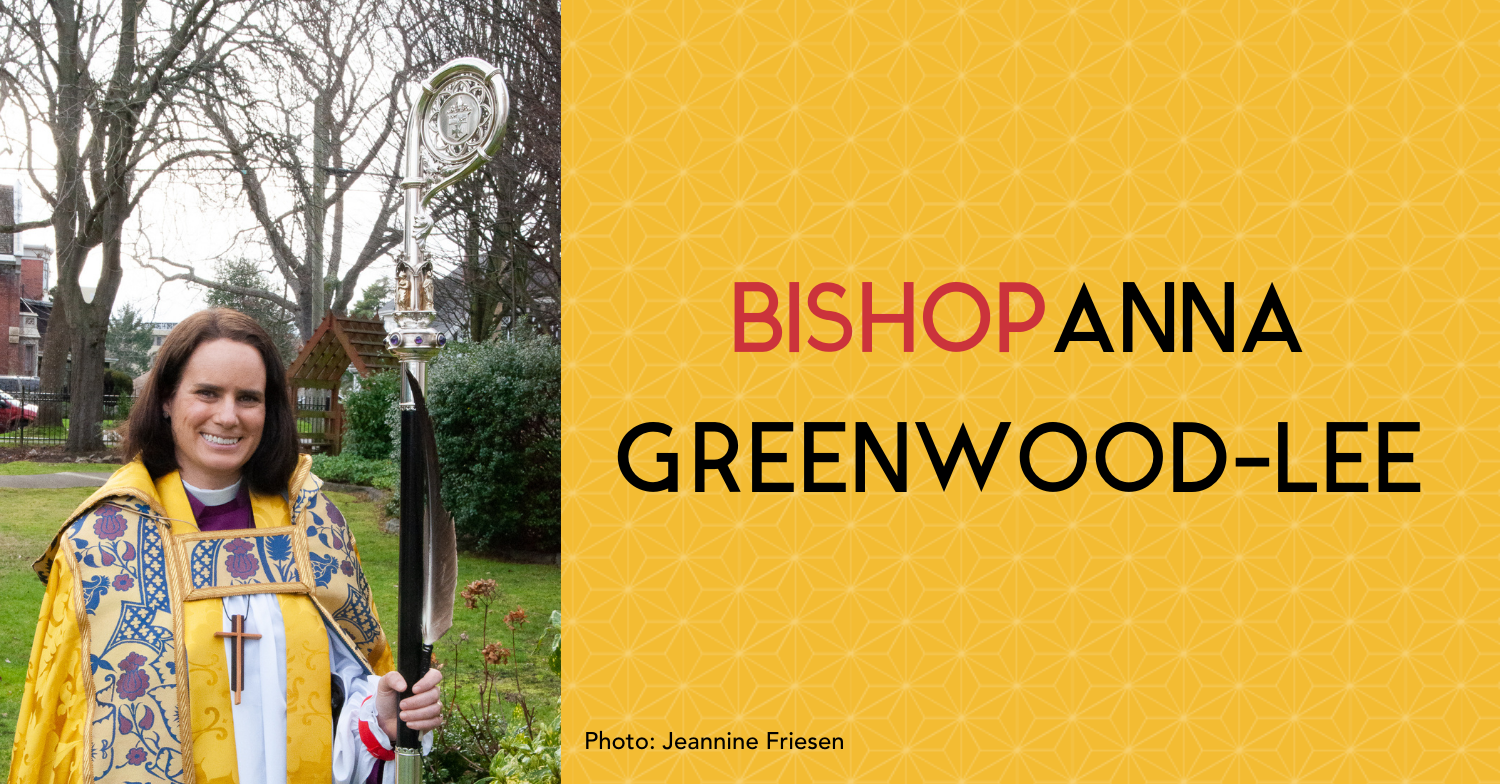 The extraordinary consecration and installation service was broadcast via live stream from Christ Church Cathedral in Victoria to over 1300 viewers from around the world. Conducted with the permission of the deputy provincial health officer, on the basis of an approved safety plan, and a variance from current provincial orders, the service involved 30 people (in limited ways) on site including the video production team, musicians and those involved in leading the service.

Greenwood-Lee, a native of Edmonton AB, was ordained in Calgary in 2000. In 2006, after serving in Toronto, she returned to Calgary to help turn around the then-struggling parish of St Laurence. After 14 years as incumbent, the parish has flourished under Greenwood-Lee's leadership and she leaves behind, as only part of her legacy, the highly successful Wisdom Centre.  With its network of over 700 people, the centre operates out of the parish and offers courses, retreats and seminars designed to revitalize both corporate and individual spiritualty in the 21st century.

In addition to being the former chair of the Calgary Alliance for the Common Good, Greenwood-Lee has been an outspoken community advocate on issues related to homelessness, environment and economic justice, queer rights and Indigenous justice.

As bishop of the diocese of Islands and Inlets she intends, on behalf of the church, to continue to speak out about and get involved in issues that impact the most vulnerable, and will call on church members to do the same. "For all sorts of reasons, many people these days say that they ‘don’t believe in organized religion'. The flip-side of that, however, is that no one is looking for disorganized religion. The reality is that we are living at a juncture in history when the church needs to organize itself to bring more love, more justice, more compassion and more understanding to our communities," asserts Greenwood-Lee.