NEWS ALERT No livestream services on May 22 and 29
Next Live Stream starts in
-
days
-
hours
-
minutes
-
seconds
Live service in progress...
Watch Now 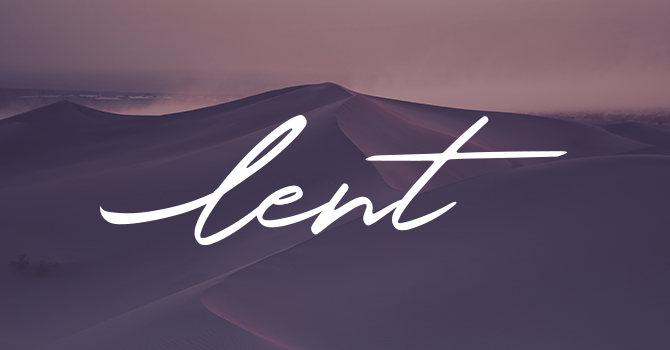 Beginning on Ash Wednesday and lasting for 40 days, Lent is a season of fasting and penitence in preparation for Easter.

The church year revolves around two “cycles”; one for Christmas and one for Easter.

Because Lent lasts for forty days it recalls Christ’s fasting during temptation in the wilderness (Matthew 4:1-11).

How long is Lent, exactly?

Nowadays, most everyone agrees that Lent begins on Ash Wednesday and that it lasts for some reckoning of 40 days.

However there have been and still are disagreements on:

For more information on the history of Lent and lenten disagreements, we check the Oxford Dictionary of the Christian Church [ODCC]:

In the first three centuries the period of fasting in preparation for Easter did not, as a rule, exceed two or three days, as is evident from a statement of Irenaeus recorded by Eusebius (Hist. Eccl. 5. 24. 12). The first mention of a period of 40 days…, prob. of Lent, occurs in the Canons of Nicaea (ad 325; can. 5). The custom may have originated in the prescribed fast of candidates for baptism, and the number 40 was evidently suggested by the 40 days’ fasts of Moses , Elijah , and esp. the Lord Himself, though till a much later date the period was reckoned differently in the different Churches.

According to the ODCC, the current format for Lent, where it starts on Ash Wednesday and goes until Easter Sunday, for a total of 40 days (not counting Sundays) began in Rome in the 7th century.

Why not count the Sundays in Lent toward the 40 days?

Some people do count the Sundays in Lent toward the 40 days. However, those that do not argue that, although Lent is a season of fasting, every Sunday in the Christian year is a feast day. Every Sunday is a celebration of the resurrection of Jesus Christ. So, they don’t fast on Sundays.

Why is it called “Lent”?

Great question! In Greek and Latin, the names for Lent make more sense, because they’re based on the number 40. However, English is more confusing. According to the Online Etymology Dictionary (a fascinating website):

So, “Lent” refers to the lengthening of the days during springtime.

*source: the information in this post is used by permission of Anglicanpastor.com.

No livestream services on May 22 and 29